In soviet Lithuania many families of educated people owned a piano. Learning to play ‘classical’ music was a popular leisure activity and a means to educate children. As music was dependent on the propagandist socio-political situation of the country: classical music was promoted ahead of Lithuania’s ethnographic musical heritage – deemed unacceptable for the ‘new Soviet society’ (musicologist Aušra Žickienė).

Cultural, and musical propaganda, wasn’t reserved to the USSR; it was pursued as decisively by the Third Reich, as expressed by New Yorker music critic Alex Ross in “The Economist” (2007) – to the historical detriment of the classical repertory: “For a time, the classical repertoire was deemed to have lost its moral stature because of the Nazis’ embrace. This was one reason why some composers tried to scrap classical forms and explore the alternatives, leading to the dissonant pandemonium of experimental music in the 1950s. Theodor Adorno, a left-wing sociologist and musician, wrote in 1949 that preserving tonality betrayed a fascist mentality.”
Later, when the winds of democracy started to blow, for instance, the psychological-warfare unit of America’s occupation government in Germany and Austria tried to minimise the influence of tainted composers, such as Richard Strauss, who was unadvisedly thankful when Hitler came to power: “Finally, a Reich chancellor who is interested in art!”

Attending the ORTung symposium in Strobl, near Salzburg in Austria – resplendent with picture-postcard scenery – one of the world’s musical capitals has inspired Inčiūraitė to reflect upon classical music, its importance and influence on socio-political life. She has chosen to work with an opus by the Austrian composer Wolfgang Amadeus Mozart, The Piano “Sonata No. 16 in C major, K.545” (Allegro). This is, perhaps, his most popular sonata for piano. As Mozart described it in his diaries, it is a sonata for ‘beginners’; it is also called “Sonata facile” or “Sonata semplice”. 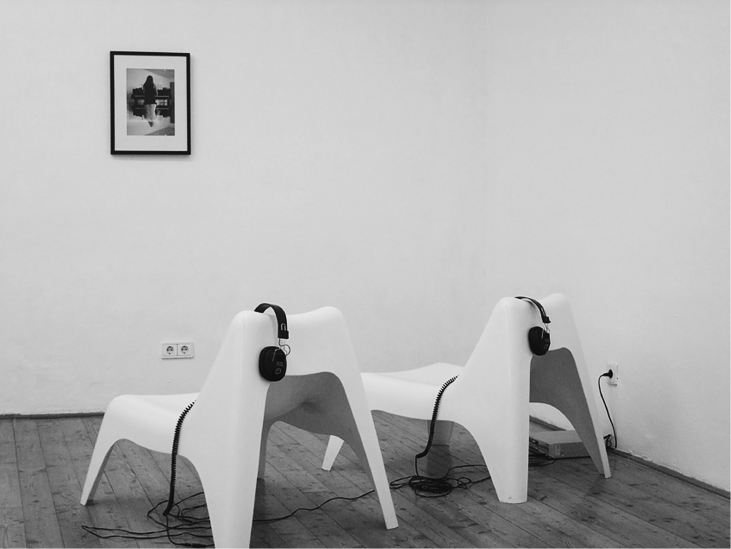 Inčiūraitė invited two students of a local music school, Laura and Stefanie, to perform the Mozart opus. With the help of their teacher they rehearsed the piece for two weeks, after which recorded a ‘concert’ performance by each of them.

The artist has tried to compare the two versions of “The Piano Sonata No. 16”: when editing the sound track she laid one performance over the other; running them simultaneously. One of the girls had learned the sonata better and performed it more vividly; the tempi of the two performances were also distinctive. It is easy to hear and appreciate the individuality demonstrated by the girls: their different characters and temperaments.

The resulting recording has a subtly cacophonous and polyphonic quality; that creates a new opus: “Double Piano Sonata No. 16”. This is not intended as a deconstruction of Mozart’s opus; it is an affirming reconstruction that reflects the contradictions inherent in classical music – and its use as a political tool over the course of history. It also connects with a new generation of musicians – drawing the classical tradition into the present and imbuing it with creative potential.